How to Create a Winning Corporate Culture

Recruiting top talent is the sexy discussion, but what about creating the best culture for the employees you already have? Gallup found that globally only 13% of the workforce is engaged on the job – engaged meaning committed and making positive contributions to the position. Sixty-three percent are not engaged at all. A winning culture requires a higher, strategic plan for your current workforce.

Back when LinkedIn was a small startup, HR head Steve Cadigan had to recruit and keep top-quality engineers. The culture was too weak to entice them. He did two smart moves: He began bringing in tech leaders to do informal talks and turboboosted the company’s intern program going from none to 200 in short order. LinkedIn was building a culture of education while creating a pipeline based on the future culture it wanted to have. As Cadigan once put it, LinkedIn needed to “get out of recruiting talent and to building talent.”

One great rule is to do HAFA, or “hire and fire attitude”. Hiring for Attitude author Mark Murphy says the biggest mistake we make is focusing on “highly-skilled workers”, but not putting attitude into the equation. Murphy’s company Leadership IQ studied 20,000 new employees over the course of three years – and almost half of them were fired, written up, or given poor reviews. The top five reasons were coachability, emotional intelligence, motivation, and temperament, with technical competence in only about 1 in 10 cases. Murphy found that attitude was literally 90% of the issue.

Southwest determines cultural fit quickly with what’s called the “brown shorts” method. Whenever a group of new, office-dressed candidates would come in for an interview, the company would begin by handing them a pair of brown shorts and asking them to put them on before proceeding. Those that did put them on, usually less than half, would be asked to stick around, while the remaining folks complaining or refusing to do so would be politely sent home. Keep in mind that Southwest’s culture is fun, irreverent, and unorthodox. The brown shorts routine isn’t about following orders, but seeing if a candidate has a mindset that matches the airline’s culture and philosophy.

Cultural commitment goes beyond the attitude in the office, too. Legendary entrepreneur Richard Branson argues that non-work priorities will always impact people’s productivity. Virgin’s focus, then, is on well being across the board, from emphasizing acknowledgment when a team member succeeds to using technology to keep team members away from the computer during off-work hours.

Microsoft CEO Satya Nadella annually spends a week doing what he calls Talent Talks. He and the corporate suite connect with the leaders in each and every department to talk about how employees can thrive, brainstorm new strategies, and create a growth-focused culture. As some have noted, Nadella’s week of conversations is about $350,000 of his $18 million salary, but the impact it has on creating a winning culture is immeasurable.

Location can be a pivotal part of your winning culture. Microsoft rival IBM recently took over a prominent New York building available through the co-working space WeWork. There are some structural benefits, like WeWork’s flexibility when it comes to expanding or contracting the space rented, but the smartest cultural perk for IBM and other corporate companies is getting their teams out of their silos. By being in a co-working area, Big Blue employees are suddenly intermingling with solopreneurs, growing starups, and ambitious visionaries. IBM is seeding its culture for innovation by throwing its own workforce into the outside environment closer to a new startup than a century-old behemoth.

Creating a winning culture also requires empowerment, as having even the best talent won’t help your business if they don’t have the resources to act decisively. The Ritz-Carlton gives its employees up to $2,000 per day to satisfy their guests. If a guest is unhappy, then the front-line employee doesn’t have to make multiple phone calls and run the options up the proverbial flag pole. Instead, she just decides to make it right – in whatever make it right means to hear. Note that this technique also requires the hotel leadership to trust its employees to make wise decisions, as blowing through $2,000 per employee every day would bankrupt even the mighty Ritz-Carlton brand.

On a final note, cultures that share the wealth tend to thrive. The banner company O2E Brands commits 25 of its profit to its employees, which has helped it cultivate a culture of shared values and shared victories. Starbucks, Ocean Spray, and other companies have found similar success.

Damon Brown is author of The Ultimate Bite-Sized Entrepreneur, the latest in the best-selling series. Get his free solopreneur business guides and join his startup bootcamp at www.JoinDamon.me. 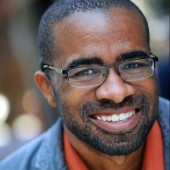 Damon helps entrepreneurs make their mark without sacrificing themselves. He co-founded the #1 app Cuddlr and led it to acquisition while being caretaker of his first baby. Damon is an Inc. columnist and author of the best-selling The Bite-Sized Entrepreneur series . Get your free productivity guide at http://bit.ly/JoinDamon

Modern Parenting Guide: What To Know About Sexting

Culture Modern Parenting Guide: What To Know About Sexting May 27, 2019

Entertainment Video Services and Netflix: What Parents Need to Know May 20, 2019