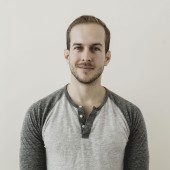 The worst part of vacation is often the other vacationers. Crowded beaches, long lines, and noisy restaurants plague the country’s trendiest destinations. But every region of ...

Cape Cod is New England’s most iconic vacation destination, flexing like a long arm away from the mainland into the Atlantic. It’s a long drive down Route 6, but your route ...

Planning a Trip to Iceland: The Complete Guide

If you’ve been on Instagram lately, you’ve probably noticed that everybody is going to Iceland. A small Viking nation in the middle of the icy Atlantic, Iceland is a wild and ...

New England is where it all started, America-wise. And while history buffs will jump at the chance to follow in the footsteps of the founding fathers, there’s a lot more to ...

Culture Modern Parenting Guide: What To Know About Sexting May 27, 2019

Entertainment Video Services and Netflix: What Parents Need to Know May 20, 2019